At today’s EA SPORTS E3 press conference they officially showed NBA Live 14 and brought out Kyrie Irving as their spokesman. They showed Kyrie dribbling the ball in real time, but the official trailer was pre-rendered. I don’t think the whole trailer was pre-rendered though, because you can see the visuals morph into the actual CGI trailer. I screen capped the footage before the morph, because I believe it’s actual in game footage of the game. And if it is, it looks impressive. Have a look at the screen shots and the trailer below. NBA Live is back (next gen only)

Screen Shots I believe are in game footage: 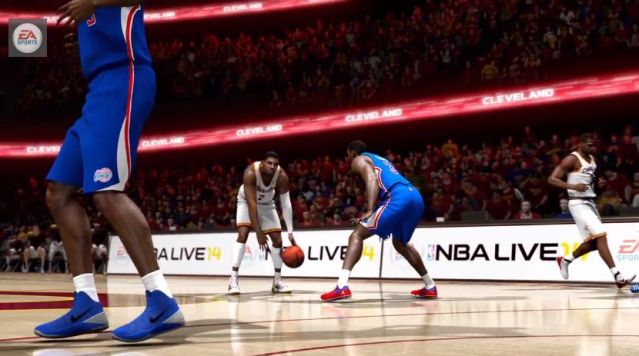